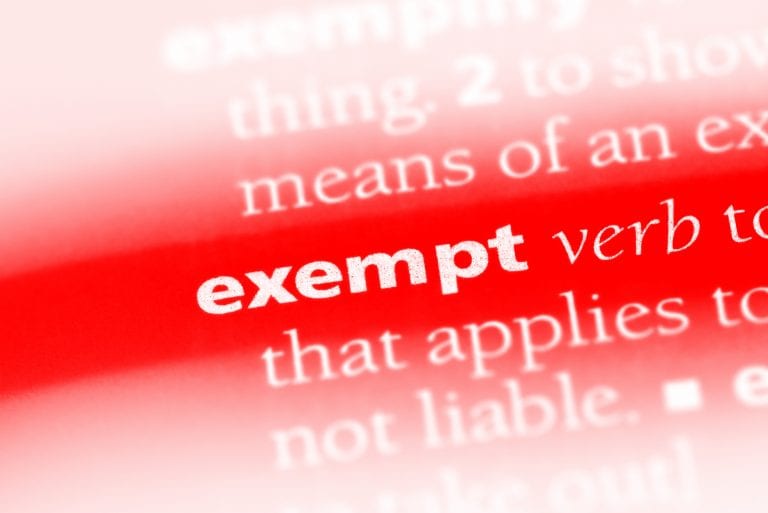 Debtors are likely subject to bankruptcy due to their inability to satisfy outstanding obligations to unsatisfied creditors. Bankruptcy affords a debtor protections in furtherance of the bankruptcy code‘s central goal to provide a fresh start to good faith debtors subjected to bankruptcy.

“[A] central purpose of the [Bankruptcy] Code is to provide a procedure by which certain insolvent debtors can reorder their affairs, make peace with their creditors, and enjoy a new opportunity in life with a clear field for future effort, unhampered by the pressure and discouragement of preexisting debt.”

As such, creditors who have received payments from a debtor shortly before the filing of a bankruptcy petition often bear the brunt of a trustee’s collection efforts to reimburse the debtor’s estate. For an explanation of protection of creditors’ rights in these adversary proceedings, please see our discussion of fraudulent transfers, preference actions, and the two most heavily litigated defenses in preference actions. In addition to this balance weighing in favor of pursuing certain creditors to increase recovery for the pool of unsecured creditors, the code provides certain protections to debtors to further the fresh start ideal in bankruptcy.

One protection afforded to debtors to further this purpose is to grant the debtor a discharge from personal liability on certain debts (for an explanation of certain debts which may not be subject to discharge, click here and/or here). Another protection afforded to debtors arises from the court granting the debtor certain bankruptcy exemptions which protect the debtor’s property from collection efforts of its creditors. Included in the list of exemptions is the California homestead exemption for real property in California.

An interesting interplay between the discharge and exemption concepts arise when there is a judgment lien recorded on a piece of property which may be claimed by the debtor as a homestead exemption. This blog post explains this complex area of law affecting both creditor and debtor rights.

The question we are seeking to answer is whether the potentially nondischargeable nature of the judgment debt, under Section 523(a) of the Bankruptcy Code, secured by an abstract of judgment against a debtor’s homestead prevents the debtor from avoiding the lien under Section 522(f)(1) of the Bankruptcy Code. Extensive research has provided no cases suggesting that the potential nondischargeable nature of a debt prevents a 522(f)(1) motion from being granted in bankruptcy.

Notably, one case from a lower court in the Ninth Circuit stated:

The non-dischargeable nature of the judicial lien, however, does not affect appellee’s ability to avoid the lien against his exempted property. See In re Ash, 166 B.R. 202, 204 (Bankr. D. Conn. 1994). Appellee is not discharging the judgment, rather, he is only avoiding the lien against his homestead. To satisfy the restitution judgment, appellant must “wait for the debtor to acquire additional property.” In re Ewiak, 75 B.R. 211, 213 (Bankr. W.D. Pa. 1987).”

The court has not ruled, however, on the issue whether the dischargeability status of a debt secured by a judicial lien affects the debtor’s right to avoid the lien. A substantial number of courts considering this issue agree that a debtor’s avoidance power is not conditioned upon whether the underlying debt is dischargeable unless the debt comes within the categories of nondischargeable debts Congress expressly excepted from the operation of § 522(c), none of which are relevant to the present matter. See Walters v. United States Nat’l Bank of Johnstown, 879 F.2d 95, 97 (3d Cir. 1989) (holding that a judicial lien impairing an exempted homestead interest which is securing a debt found to be nondischargeable under § 523(a)(2)(A) (fraud) may still be avoided under § 522(f)) (“Congress was well aware of the relationship between [§§ 522 and 523], and carefully excepted from the exemption section some, but not all, non-dischargeable debts.”); In re Liming, 797 F.2d 895, 898 (10th Cir. 1986) (nonpossessory, nonpurchase-money security interest avoided pursuant to § 522(f)(2) notwithstanding that underlying debt was found to be nondischargeable under § 523(a)(2)(B) (false financial statement)) (“[A] debtor may bring an action to avoid a lien under [§ 522(f) ]even if the debt secured by that lien is declared nondischargeable.”); In re Evaul, 152 B.R. 31, 32 (Bankr. W.D.N.Y. 1993) (judicial lien securing nondischargeable student loan avoided because it impaired the debtor’s homestead exemption) (“[B]ecause [§ 522(c) ] specifically enumerates certain non-dischargeable pre-petition debts for which exempt property is liable, Congress intended that [§ 522(f) ] could be used to avoid judicial liens on exempt property secured by non-dischargeable debts not specifically protected by [§ 522(c) ].”); In re Henderson, 155 B.R. 157, 159 (Bankr. W.D. Tex. 1992) (“In a situation in which the lien to be avoided is secured by a non-dischargeable debt, Congress has determined that the prevailing concern is the federal interest in seeing the debtor through bankruptcy with the sufficient means necessary to maintain a basic standard of living. Thus, the avoidance of a judicial lien which may impair a debtor’s right to exemptions is unaffected by the nature of the debt which is secured by the lien.”); In re D’Amelio, 142 B.R. 8, 9 (Bankr. D. Mass. 1992) (rejecting creditors’ contention that a judicial lien securing nondischargeable debt may not be avoided); In re Gartrell, 119 B.R. 405, 406 (Bankr.W.D.N.Y.1990) (judicial lien securing debt claimed to be nondischargeable under § 523(a)(7) may be avoided by the debtor); In re Hampton, 104 B.R. 527, 528 (Bankr. M.D. Ga. 1989) (judgment lien based on a debt found to be nondischargeable under § 523(a)(6) (willful and malicious injury) avoidable to the extent that it impaired the debtor’s homestead exemption); Miller v. Hulvey (In re Hulvey), 102 B.R. 703, 705 (Bankr. C.D. Ill.1988) (“[T]he provisions permitting lien avoidance [do not] restrict the debtor’s right to debts which are dischargeable.”); In re Pipes, 78 B.R. 981, 983 (Bankr. W.D. Mo. 1987) (“[T]he ability to avoid a lien … is not dependent upon dischargeability.”); In re Ewiak, 75 B.R. 211, 212 (Bankr. W.D. Pa. 1987) (“[A] judicial lien based upon a nondischargeable claim is … avoidable, otherwise the protection envisioned by § 522(c) would fail.”).
The court concurs with the reasoning of the above-cited cases and holds that the judicial lien may be avoided in its entirety as impairing the debtor’s exemption under § 522(d)(1), notwithstanding that any debt resulting from this unliquidated claim may prove to be nondischargeable. Kaufman makes no substantive argument in opposition.

While the Ninth Circuit Bankruptcy Appellate Panel could have been clearer, it appears to have reached the same conclusion:

Nelson also asserts that the liens are not against the interest of the Debtor in the property, because the Debtor breached the agreement allowing him to acquire the property. Nelson points to the bankruptcy court’s finding on the Section 523(a)(2) action that when the Debtor caused the quitclaim deed to be recorded he did not intend to pay Nelson the monies due her. But the court’s holding that the debt was incurred fraudulently does not mean that the deed lacked validity. Nelson’s objection to the legality of the Debtor’s title could have been pursued in a separate proceeding. This apparently was not done. There is no indication that the Debtor does not hold valid title to the residence and thereby lacks an interest in the property. Nelson’s argument on this point lacks merit.

In re Barnes, 198 B.R. 779, 781–82 (B.A.P. 9th Cir. 1996).
A related question appears to be whether a later judgment finding nondischargeability would impact this analysis. The following language suggests that it would not:

Chapter 7 debtor, Mark Feathers, filed a motion to avoid the judicial lien obtained by the Securities and Exchange Commission (“SEC”) pursuant to 11 U.S.C. § 522(f). The SEC opposed the motion on the grounds that the judicial lien was filed after Feathers’ discharge, and was not a lien against Feathers’ property on the petition date. The court overrules the SEC’s objection, finding that neither of these factors require denial of the motion.

While there may be some decision to the contrary that might control this case, any such case holding as such was not readily available after extensive research. Instead, numerous cases make clear that a debtor’s homestead would indeed be protected under a 522(f)(1) motion despite the potential nondischargeability of a judgment lien recorded on a home.

If you have questions about the dischargeability of a judgment lien and if it can be avoided under Section 522(f) of the Bankruptcy Code, the bankruptcy lawyers at Talkov Law can help. Our highly knowledgeable California lawyers can help clarify this complicated area of law. Call (844) 4-TALKOV (825568) or contact us online to speak with an experienced bankruptcy attorney.

The attorneys at Talkov Law solve co-ownership disputes by representing co-owners in real estate partition actions throughout the State of California.